January Is the First Month of the Year

January is the first month in the Gregorian calendar and has 31 days. The name January comes from Janus or Ianus, the Roman god of passage and new beginnings. Iānus is Latin and means arched gateway. It is related to the word Janitor, which initially meant “Keeper of the Gate.”

When is New Year’s Day?

January 1 is New Year’s Day in the Gregorian calendar that is used around the world. Many other cultures and calendars, however, celebrate their new year on other dates:

The Persian New Year (Nowruz) normally falls on the March equinox on March 20 or 21. About two weeks later, in the second half of April, the Buddhist calendar marks its new year. This does not mean that all countries with big Buddhist populations celebrate their New Year at the same time: Japan celebrates in January and Thailand in April.

The Islamic New Year or Hijri New Year falls on the first day of the Islamic month of Muharram. The date can vary in some countries because they rely on actual Moon sightings. Since the Moon can be hidden behind a cloud cover, the date can fall on another day.

Neyrouz, the Coptic New Year is today’s version of the ancient Egyptian New Year “Wep Renpet”. It currently falls on September 11 or 12 in the Gregorian calendar. It used to be celebrated in the middle of July, when Sirius returned to the night sky and the Nile would start flooding the fields.

The Jewish New Year called Rosh Hashana starts on the first day of Tishrei (or Tishri), which is the seventh month in the Jewish calendar. Rosh Hashana usually falls within the Gregorian month of September or October.

Why Does the Year Start in January?

The old Roman calendar had only ten months. January and February did not exist—the year started in March. Around the year 700 BCE, the Roman king Numa Pompilius is said to have added the two winter months.

January was called mensis ianuarius, the month of Ianus, the ancient Roman god of beginnings, of passage, and time itself. January initially had 29 days and came after December, but the Roman year still started in March. In 154 BCE, a rebellion forced the Roman senate to change the beginning of the civil year from March to January 1.

With this administrative reform, January officially became the first month in the year 153 BCE. Most Romans still celebrated the New Year in March; it is not clear when exactly this changed, but it might have taken hundreds of years.

Earth’s Perihelion: On January 3, 2024, at 00:38 UTC, the Earth will reach its perihelion—the point on its orbit closest to the Sun. Currently, the date is always roughly two weeks after the December solstice.

Wolf Moon: The first Full Moon of the year is colloquially known as Wolf Moon in many northern cultures. In some cultures, it was known as Old Moon, Ice Moon, Snow Moon, and the Moon after Yule.

The River of January

January is not only a month, but also part of the name of Brazil’s second biggest city: When the Portuguese expedition under Gaspar de Lemos landed at Guanabara Bay on the coast of South America in 1502, the calendar showed January 1. This is why the Portuguese named the place Rio de Janeiro (River of January).

Why Is the Inauguration on January 20th?

The president of the United States takes his oath of office on January 20th. This is called inauguration and comes from the Latin augurium meaning “omen.” In ancient Rome, priests would interpret the flight of birds to determine a good or bad omen before the ruler or politician assumed office.

Inauguration Day was initially held on March 4. This gave the president-elect enough time to select a cabinet and travel to Washington, D.C. during the long winter months. With technological advances in vote counting, communication, and travel, the long gap between voting and the assumption of office was eventually cut short: On January 23, 1933, the 20th Amendment to the US Constitution moved Inauguration Day to January 20th.

According to tradition, the birthstone for January is the garnet, representing constancy. Its birth flowers are the cottage pink (Dianthus caryophyllus) and the snowdrop (Galanthus nivalis). 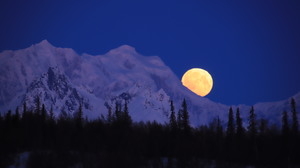